In September 2018, the first edition of The Anser, Sancta’s own interdisciplinary academic journal, was published by Sydney University Press and officially launched by The Vice-Chancellor of The University of Sydney. 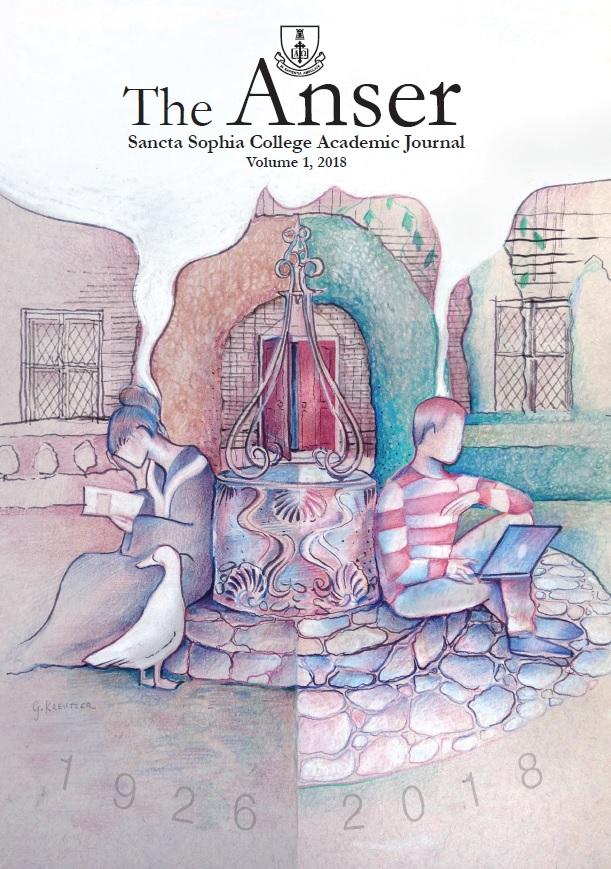 The Anser interdisciplinary journal is an annual, peer-reviewed collection of articles, essays and research by students and alumni of Sancta Sophia College, within The University of Sydney.

The publication title, The Anser, is a playful Latin tribute to Sancta’s cherished mascot, The Goose. The Goose can be noticed in the publication’s cover art, designed by Sancta alumna Georgina Kreutzer (Graduate House 2016).

Sancta student Amelia Anne-Merz established the project in 2016, recognising the scope it would have to celebrate and strengthen Sancta’s culture of academic excellence and collegiality.

“The Anser gives our students and alumni the opportunity to develop their work into papers worthy of academic publishing; it facilitates connectedness amongst the student and alumni body; and allows contributors to represent Sancta in the international academic community.”

Sancta congratulates Outgoing Editor-In-Chief and Founder Amelia Anne-Merz who has led the Editorial Board and seen The Anser through from ideation to publication, beginning an exciting academic legacy for Sancta.

The Return of ‘Us’ vs ‘Them’: The Clash of Cosmopolitanism and National Protection in an Age of Global Terror

Polarisation and Gerrymandering in US Elections

The 1960s counterculture works of protest artists James Rosenquist, Martha Rosler and Edward Kienholz: how political art came to be used as a response to the Vietnam War and a critique of postmodern American society

Christianity, Community and Controversy: The Rise and Rise of Australia’s Biggest Megachurch

Studying the Solubility and Stability of Biologically Active Vanadium Complexes