Josephine Heesh FR 74, for Service to the College 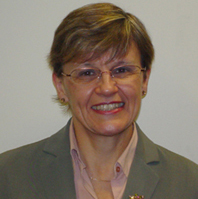 Member of Council 1995 – 2015; Chair of Council 2000 – 2008 and 2015.
Josephine initially enrolled at the University of Sydney to study Arts, but switched to Arts/Law after one year, and she thoroughly enjoyed her legal studies. After graduation, Josephine joined Freehill Hollingdale & Page Solicitors, and is now a partner in Carroll & O’Dea. Sancta has been a significant part of her life. From being a full time student resident, 1974 – 1977; then resident Vice Principal, 1984-85 (a part time position whilst she
worked full time at legal practice); and then member of College Council, 1995-2015 working on the Finance Committee, Building Committee during her tenure, as well as being member of the Sancta Ex Students Committee from 1997-1999.

Josephine has also dedicated her time to other pro bono boards including 1990-1994 Kincoppal– Rose Bay School Council; 1995-2000 Catholic Weekly Board. Josephine has been, and remains, an outstanding supporter and contributor to the College. 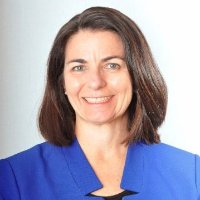 Rachel Launders FR 86 for Contribution to College
Rachel Launders graduated from the University of Sydney in 1991 with a Bachelor of Arts, Bachelor of Laws. Rachel was a partner at Gilbert and Tobin for 13 years, before she joined Nine Entertainment Network in 2015 as General Counsel and Company Secretary. She has extensive experience in corporate transactions and corporate governance and during her career has been exposed to a wide range of industries, including media, telecommunications, building materials, manufacturing and financial services.

Rachel brought this depth of knowledge to her tenure on Council, which commenced in 2005. She took on the role of Chair from 2009 to 2014. During her Chairmanship, the College undertook a substantial expansion plan, raising funds for and building Graduate House. Rachel was instrumental in leading this process, her innate strength of character providing a voice of reason during a time of great change. Rachel is a great
supporter of and friend to Sancta, and is a significant benefactor. She has generously given her time and expertise as a voluntary board member of Giant Steps, a school for children and young adults with autism in Sydney, since 2001 and has been the school’s Company Secretary since 2003. 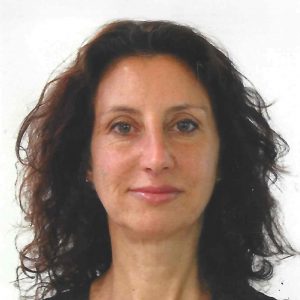 Loretta Joseph graduated from the University of Sydney in 1990 with a Bachelor of Economics, and was an undergraduate resident at Sancta during her degree.

Loretta is a senior banking and financial professional, and has had a diverse and successful career working for major investment banks throughout Asia and India. She is an innovative thinker, and this year was named the Female FinTech Leader of the Year 2016, for her work in pioneering the development of Blockchain technology, which has been hailed as an ‘industry disruptor’. However, it is for the work outside her career that Loretta receives her Alumni Award, for the impact that she has made to the lives of children in Ladakh, India.

In 2008 Loretta moved to India to establish the Macquarie Bank Derivatives Desk. In the same year, a rainstorm displaced 6000 villagers in Ladakh – many of whom were Tibetan refugees – and left countless children
orphaned and impoverished. The Ladakh Buddhist Association reached out to Loretta to contact the Dalai Lama to establish a school. She overcame a host of challenges to establish the Lamdong Jammon School of Trust. The school was opened by its Patron, His Holiness, the 14th Dalai Lama, in 2012, initially as an orphanage and then as a boarding school, and now provides education and one hot meal a day for 300 children from Kindergarten to Year 5. The hope is that with more funding it will extend to Year 6.

Loretta is now based in Sydney and tries to return to Ladakh each year, which is sometimes difficult as the country is snowed in for seven months of the year. She continues to endorse the school, talks with the Board regularly and is engaging Indian corporates to help sustain and run the school. 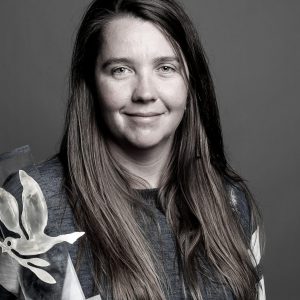 Edwina Pickles graduated from the University of Sydney in 1997 with a Bachelor of Visual Arts. Edwina is a staff photographer for Fairfax Media. Her photos appear regularly in the Sydney Morning Herald.

In 2015, she was awarded the United Nations Association of Australia (UNAA) Peace Awards Best Photojournalist Award, for her photo essay Inside the World’s Largest Refugee Camp. This work explores the lives of women and children living within a camp of 355,000 people in Dadaab, Eastern Kenya, who are particularly vulnerable to sexual assault and forced marriage. The photos underline the role of women in nurturing the next generation, underscoring the importance of educating women to reduce the impact of violence on the future of the next generation. Edwina was a finalist for the same award in 2014, for her photography
in Southern Sudan and Highly Commended for her 2010 Walkley Awards photo-essay Daily Life.

In order to capture her heartbreaking and exquisite photographs, Edwina travels to extremely dangerous places at great personal risk. In the Dadaab refugee camp she was under police escort, a kidnapping attempt having been made on a female foreign aid worker by armed bandits just prior to her arrival. It is a sign of Edwina’s courageous commitment to telling important stories that she accepts this risk as part of her job.

Edwina’s photographic work was recognized by the UNAA judges as “a powerful submission, which …has reached a broad audience, leading to increased public awareness and understanding. It uses the medium to effectively highlight a pressing humanitarian issue by providing a perspective that is both sympathetic and informative.” 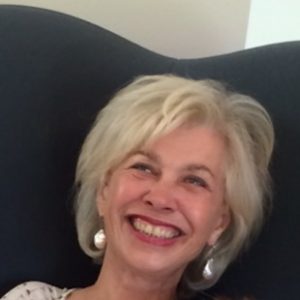 Sonja Lyneham graduated from the University of Sydney in 1967 with a Bachelor of Economics, and a Master of Town Planning in 1969. She became an Adjunct Professor GSBE Faculty of the Built Environment at UNSW in 1996.

Sonja has had more than 37 years’ experience as the Executive Director of a leading strategic planning and advisory company. She has deep knowledge across all sectors of development infrastructure. She has provided high level strategic planning and management advisory services across the property and infrastructure sector to listed public companies, major development companies and State and National Governments, both within Australia and internationally. Sonia has steered audits and inquiries into property, housing and infrastructure, which have led to major reforms. She has also brought her extensive experience to a variety of councils and boards.

During her eight years on the board of St Vincents Hospital, there were huge changes in not only the hospital but the NSW Health Department. In an era of government rationalization of the health system, hospitals were being downsized and closed. While the AIDS epidemic had hit Australia and St Vincents had opened its doors to these patients, the hospital was fighting to justify its existence. Sonja used her strategic planning skills and her ability to prepare business plans to ready the hospital leadership to ensure they could effectively debate with the department officers as well as the Minister for Health. Sonja’s hard work and commitment to the Mission and Values of the organisation were greatly valued by the Chairman of the Board and the Senior Administrator, and by many of the other staff of the hospital, who saw her as an inspiration and someone who could always provide guidance. 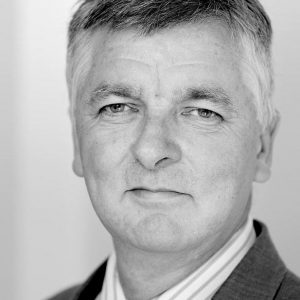 Aidan O’Neill QC was a resident at Sancta from 1984 to 1985, when Sr Mary Shanahan introduced a number of male postgraduates into the College. At the University of Sydney he undertook a Master’s Degree in legal and moral philosophy, for which he was awarded First Class Honours, and the Law Faculty Medal for the best Master’s Degree of 1987. This degree formed part of a comprehensive University education gained in Edinburgh and Florence.

Aidan is a barrister in practice in both England and Wales (since 1996) and at the Scottish bar (since 1987, silk 1999). He has also been called to the Northern Ireland Bar. He has a wide ranging public law practice across the UK specialising in the inter-relationship between EU law, human rights, and constitutional law. He also has a particular interest in the interface between law and religion. He is a widely published author, with
three legal text books to his name to date, as well as numerous academic articles. He is the founder, editor and a contributor to the blog EUtopia law (www.utopialaw.com).

Among his appointments, Aidan has been the Chairman of the Edinburgh Centre for Constitutional Law, and Honorary Fellow in the School of Law, University of Edinburgh, a Visiting lecturer and course leader in “Human Rights law in Practice”, Diploma in Legal Practice at Edinburgh Law School, and a Visiting Professor in the Woodrow Wilson School of Public and International Affairs, and Senior Research Scholar and
Fellow in the Program in Law and Public Affairs, Princeton University, NJ, USA.

Aidan’s professional expertise saw him placed by The Legal 500 (2015 edition), in the top tier of leading silks at the London Bar in EU law. He was awarded Legal 500 Award for London Bar EU Law Silk of the Year 2015. 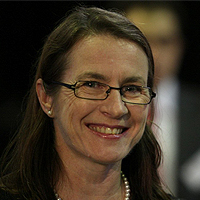 Encouraged by a supportive family, which includes Australia’s first female flying Doctor, Wirginia became only the third women to be accepted in to the Royal College of Surgeons’ neurosurgery training program in the early 1990s. Halfway through her program Wirgina became pregnant. Not only did she continue on, she became the first person to fight for and be granted maternity leave by the College. Wirginia went on to study and gain experience in Paris and Canada and, at age 45, became one of Australia’s youngest heads of neurosurgery and the first woman to run the department at the Royal Children’s Hospital in Melbourne.

She has performed many surgeries that have saved childrens’ lives. In 2006, Wirginia performed groundbreaking surgery on a three year old girl to successfully stop seizures caused by a rare genetic condition. In 2007, she was a crucial part of a surgery where a young girl became the first child in Australasia to receive an auditory brainstem implant, a surgery hailed for paving the way for revolutionary advances in medicine.

All of Australia knew the name Dr Wirgina Maixner in November 2009. On 16 and 17 November, she led a team of 16 neurosurgeons, plastic surgeons, and other specialist medical staff at the Royal Children’s Hospital for over 32 hours to successfully separate three year old Bangladeshi conjoined twins, Trishna and Krishna. The twins were conjoined at the skull in a condition occurring in only one in 2 million live births. Successful
separations are rare. Wirginia presided over five previous operations to gradually separate the girls’ brains, where each procedure carried the risk of haemorrhage, stroke or death. The successful operations mean the girls will go on to lead healthy lives. It also means Wirginia has achieved what only a handful of doctors in the world have managed to do. Dr Wiginia Maixner is an outstanding professional.