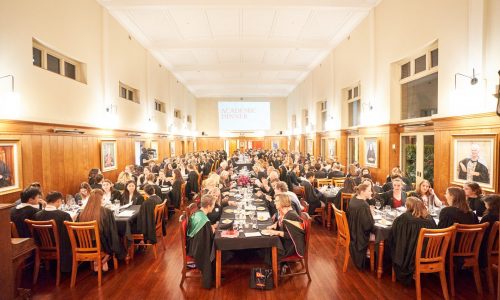 On Monday 26 August, the College and University community came together for the annual Academic Dinner in the Sheldon Dining Hall to celebrate the high academic achievements by members of the College.

Sancta congratulates all who received recognition at our Academic Dinner, particularly those who have been recognised in the University Honour Roll and Dean’s Lists, by gaining High Distinctions and as recipients of various Special Awards and Prizes.

The College is honoured to recognise all of the following outstanding students and is privileged to call them part of the College community: