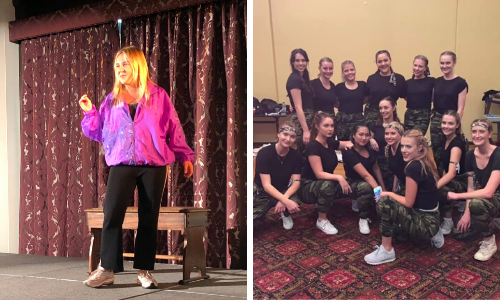 The Intercollege Performing Arts Challenge, also known as the Palladian Cup, is a highly anticipated annual competition between the six residential colleges of The University of Sydney. The competition comprises of a lively and competitive showcase of both individual and group performances across a variety of categories, including dance, debating, oration, drama, art, instrumental and vocal.

All Sancta supporters are warmly invited to show their support for our students at any of the upcoming Palladian Cup events in 2020. Click here for the dates and locations.